That is among the findings from a new study by the Toronto Region Immigrant Employment Council (TRIEC). The study has laid bare immigrants’ bumpy career transition in Canada, where businesses are reeling from pandemic shocks amid labour shortages. Research shows that immigrant women, on average, earn less than immigrant men and the Canadian-born population. They also face a higher unemployment rate.

Over the last decade, more than one million female immigrants have landed in Canada as permanent residents, with many settling in Toronto, ranked by Bloomberg as the world’s top city for working women. Yet many immigrant women in the GTA, despite their advanced degrees and international work experience, struggle in the labour market due to employer biases, gender-based barriers and other factors.

According to the study, titled Bridging the Gap: Immigrant Women and Their Labour Market Experiences in the GTA, two in five respondents were in lower-level jobs than they last held before immigrating. Some reported truncating their names, altering accents or changing appearances to try to “fit” perceived cultural expectations.

Drawing on data from nearly 400 immigrant women with roots in more than 80 countries, the study offers a snapshot of their career journey in a country where immigration is expected to drive economic prosperity. These women, aged 25 to 54, arrived in the GTA between 2011 and 2020. The study also surveyed more than 600 hiring managers and included in-depth interviews with 19 immigrant women.

Nearly two-thirds of the immigrant women respondents had at least a master’s degree. On average, they came to Canada with eight years of work experience. Reflecting their growing economic status and autonomy, about half of respondents were principal applicants under the economic immigrant category.

Nevertheless, the TRIEC study shows that close to 90% of respondents found the job search process in the GTA difficult. The primary barrier, according to respondents, was the emphasis employers and recruiters place on Canadian work experience. To partly compensate for that, nearly two-thirds of respondents pursued further studies in Canada.

“On the world stage, Canada champions gender equality and women’s empowerment. Yet immigrant women’s career setbacks are eroding gains they made in their previous countries,” Sugi Vasavithasan, the Research and Evaluation Manager at TRIEC and the author of the study, argued in a Toronto Star op-ed earlier this month.

The majority of respondents hailed from professional occupations such as business and finance, law and public services and natural and applied sciences. Among them, the top three countries of birth were India, Nigeria and China.

The reasons behind their career predicaments are many, including employers’ discounting of international experience and education, childcare responsibilities and gender-based stereotypes. During TRIEC interviews, some survey respondents recounted experiences of removing qualifications to secure entry-level positions. Others were advised by employment counsellors to hide their PhDs during job search.

“The underemployment of immigrant women not only undermines their dignity but also incurs a cost to the Canadian economy,” says Debroy Chan, TRIEC’s interim CEO. “Canada attracts the brightest and the smartest through its points-based immigration system. Let’s make sure their talents are recognized and they are given the opportunity to contribute.”

After admitting a record number of permanent residents last year, Canada plans to increase yet again its immigration targets. More than half of the immigrants are expected to be admitted under the economic category—a cohort of highly skilled newcomers.

Despite job entry barriers, the TRIEC study shows that some immigrant women managed to make headway in their careers, a testament to their resilience and Toronto’s dynamic economy. Meanwhile, the provincial and federal governments have vowed to bolster women’s career, through promises of better childcare and investments in skills-based support for racialized newcomer women.

Still, many women have yet to break the glass ceiling. According to the study, there are few racialized women in senior leadership positions, with inclusion efforts failing to take into account multiple marginalizing identities.

For some, the feeling of despondence is palpable. One lawyer from Nigeria told TRIEC that “dumbing down” her resume was “disheartening” but necessary to land an entry-level administrative job. “You get to a point where you want a job because you need to survive,” she said, “When the desirable is not available, the available becomes desirable.” 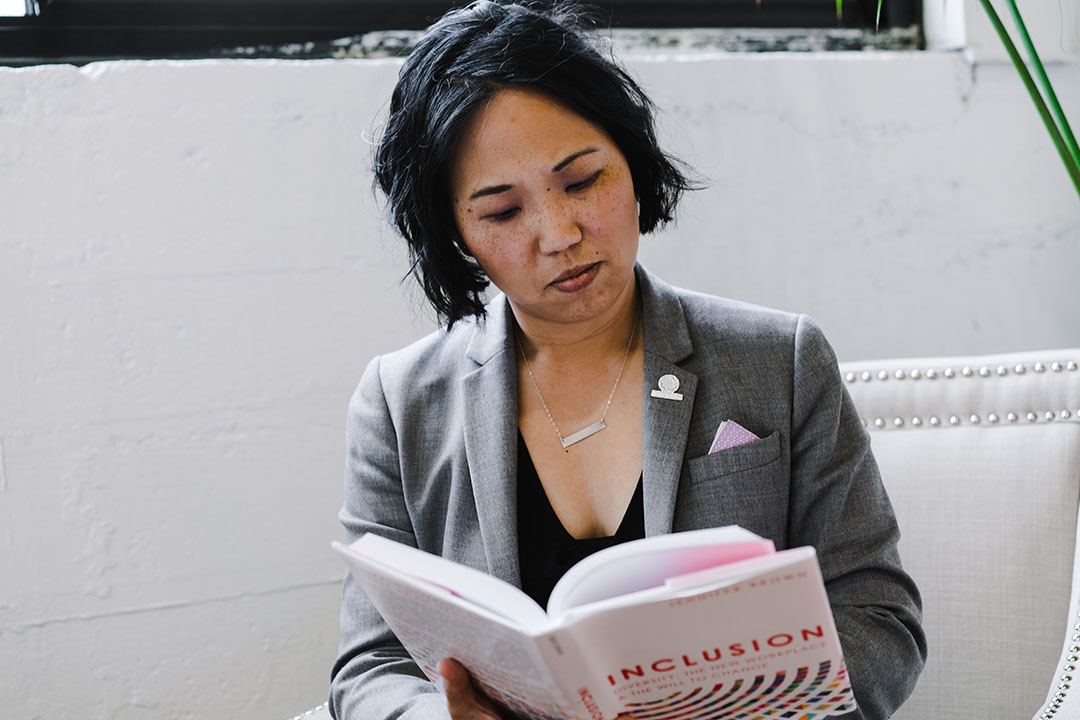