A BRIEF History of DRUHC

Born in the 80’s, DRUHC began because a need was identified to assist non-unionized workers.

The Durham Region Unemployed Help Centre first started in February of 1983. The reason for the centre was not related to employment but came from an idea from Bob White’s office. 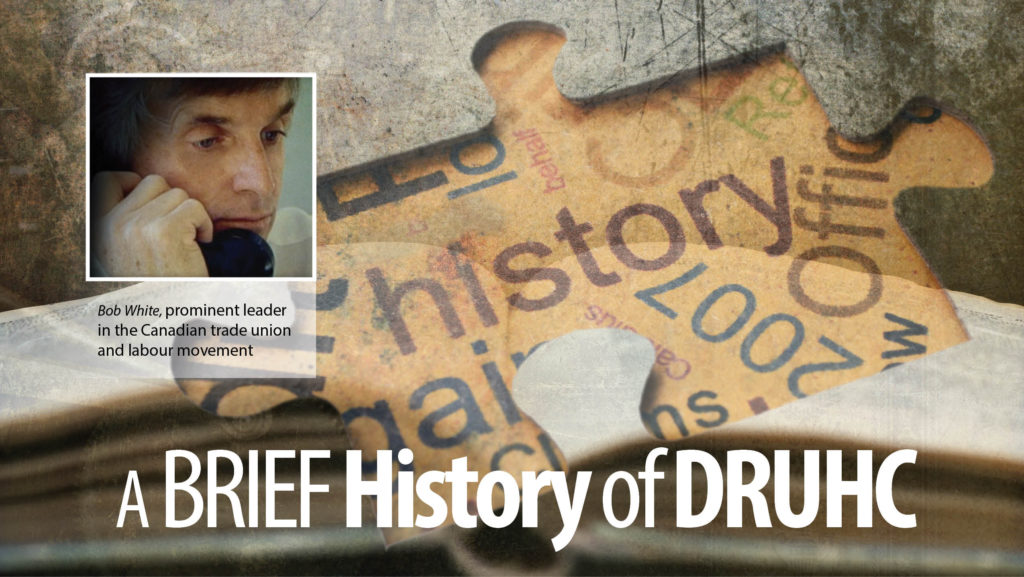 Bob White, a prominent leader in the Canadian trade union and labour movement*, recognized that many individuals were not connected to a union and did not have the assistance that they needed to obtain benefits from Workers Compensation, Unemployment Insurance, Social Services, Canada Pension, etc.

Concerned with the rights of all workers, Bob contacted local unions and asked them if they would organize agencies that could assist non-unionized workers. This is how the centre began.

When the board first started the help centre, it was not anticipated that the service would be long-lasting. The sense was that it might be operational for a short duration, perhaps 10 years. The agency continued with advocacy for the first 5-7 years. Due to the recession during that period, employment was by far the service that most people needed assistance with and the centre shifted its focus to provide employment services.

Here we are, 40 years later and the need for employment resources and services is greater than ever.

Bob White advocated for social justice and fair-trade labour practices on a national and global level.

Excerpted from a 2013 interview with former Executive Director, Maralyn Tassone.